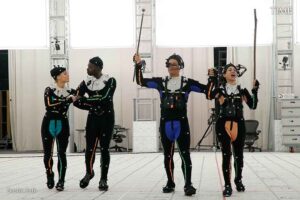 The International Festival of Virtual Reality Experience (VRE), designed by the Iconialab Cultural Association and founded by Artistic Director Mariangela Matarozzo, in its first edition, is a project through which we want to deepen the impact of technologies and immersive games on the world of culture, arts and education, and the extent of the growth and spread of resort to video game images on a large scale, To communicate more effectively with the general public and grab the attention of the little ones.

The festival was born in 2019 to investigate the uses and impact of new technologies and immersive languages ​​on society, the way of life and the perception of the contemporary and the future. 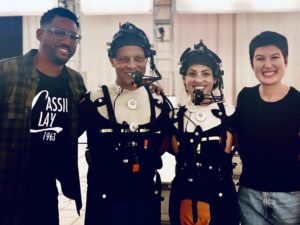 The Games for Change series is a project in which creators intend to overcome the popular perception of games as a phenomenon restricted to the field of fun entertainment to explore its potential. What are the new horizons of gaming and in what areas does it develop?

Important Italian and foreign experts in the sector are invited to intervene on this topic and many other issues related to the issue of gamification applied in contemporary art, in the promotion of artistic and cultural heritage, in entertaining education, in storytelling and theater. And an ever-evolving discussion in a cycle of seven meetings held in cooperation with the Embassy of the United States of America in Italy and with the Embassy of Israel in Italy, targeting an audience of young people, students, academics and enthusiasts who can follow the Youtube channel of the VRE Festival during these weeks.

See also  Discovery Plus and HBO merge into a new giant

For example, we’ll talk about digital learning in different university projects, or about a specific type of storytelling that depicts a viewer as an active protagonist in museum contexts that use these types of digital devices. There are many cultural centers that experimented with games to make their tracks known: Mann of Naples, MArTA of Taranto, Teatro Regio of Parma, Uffizi etc. Cultural spaces are enumerated through the video game format, allowing for a wider participation of the viewer, which relates to those places and information, and also an element associated with the emotions and feelings that are experienced in the gaming experience. Or the 3D rendering of symbolic cities like Jerusalem, a clear demonstration of how the virtual reality medium has managed to blend languages ​​and genres to engage the viewer on an experimental level. 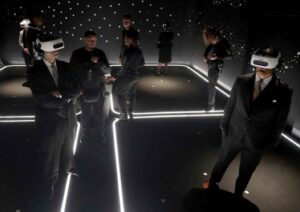 Friday May 14 To talk about “innovative storytelling” starting with thinking about projects like “The March”, co-produced by Oscar-winning actress Viola Davis. A very immersive experience that will allow through virtual reality to accompany Martin Luther King Jr. on his historic career in Washington in 1963 for civil rights. Meeting in cooperation with the US Embassy, ​​at 17:00, the hero will witness on the social channels of the US Embassy and VRE: Alton Glass, visionary entrepreneur, founder of GRX Immersive Labs and Immersive Storyteller. To calm the debate, she will be Corriere della Sera Viviana Mazza journalist.

The meeting was inaugurated by Antonella Boss, Full Professor – Head of the Thought Center (Unimore) and Scientific Coordinator of the Master’s Program in Heritage Education and Digital Technologies (UniMoRe) and Museum of Education (UniromaTRE).

See also  High tension with the leaders of Mediaset. "Exiting the choir isn't right? Shut it down" - Libero Quotidiano

Friday, June 3 The last date for the course will be titled “Games and Immersive Theater”.

Speakers participating in the event include: Samantha Gorman, academic artist and multidisciplinary educator specializing in writing for digital media, live digital performance / theater directing and immersive media (AR / VR) theory and practice. He is co-chair of Tender Claws Studio and a lecturer in the Department of Art and Design at CAMD at Northeastern University. Anna Maria Monteverdi, an expert in digital performance and video theater, as well as a theater arts researcher in the Department of Cultural and Environmental Heritage (BAC) at Milan State University will speak with her.

The meeting is chaired by Valentino Miguel, an entrepreneur in digital health, Ph.D. The introduction will be by Professor Antonella Boss.