Arizona was the first state in the United States to support the insertion of a driver’s license and ID card into the wallet app on the iPhone and Apple Watch. Initially, documents may be used at some Traffic Safety Administration (TSA) security checks at Phoenix-Sky Harbor International Airport and other TSA checkpoints in other states. In Arizona, according to Apple, They will be joining soon Colorado, Hawaii, Mississippi, Ohio and Puerto Rico. In the future, this will be the turn of Georgia, Connecticut, Iowa, Kentucky, Maryland, Oklahoma and Utah.

Make the most of the privacy and security built into your driver’s license and state ID on your wallet, iPhone and Apple Watch, and Apple says it offers benefits that are not compatible with a physical ID card. Sends only contact information. The user also has the opportunity to review and approve the requested information before sharing it.

To use this feature, touch the ID reader with your iPhone or Apple Watch. After authentication with Face ID or Touch ID such as Payment, the identification information will be released from the device without the need to open, display or hand over the device to security officers. 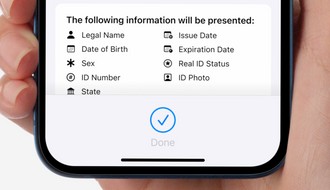 Add wallet document The process is similar to a credit card: Tap the + button at the top of the screen in the wallet, scan the document with the camera and take a photo for authentication.

As an extra precaution, you should complete a series of face and head movements. All identity data is encrypted, protected and Support the ISO 18013-5 mDL standard. According to Apple, each state is responsible for verifying and approving user requests.

There is currently no information on the possibility of this feature coming to countries outside the United States.