According to the official reconstruction, just before 6.30 pm, Trenard Saronno-Lodi convoy 24161 was blocked after the shore due to a technical fault in the power line at Rocoredo station. Trains in transit were diverted to other lines of the Milanese railway yard, with some trains delayed by up to an hour.

And for several hours in Trenard users’ Facebook groups, messages of requests for information and help chased each other between those trapped in a train blocked by a fallen cable, without air conditioning and electricity, without official news. He could not go home after a day’s work at the station. Meanwhile a few minutes of delays piled up on the scoreboards. Numerous photos and videos were circulated online by travelers to report the unsettling situation. 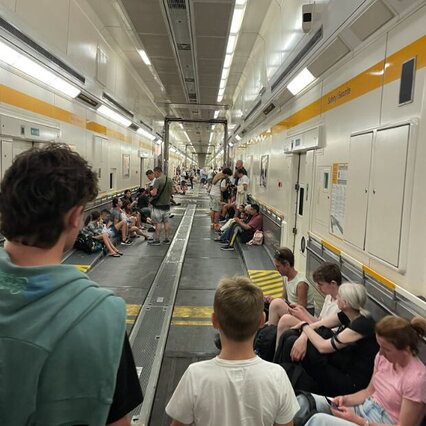 Meanwhile, RFI technicians intervene to resolve the error. Trenord reports cancellations and changes to suburban lines S1 and S13 to Pavia and Lodi.