Presentation plan one weaker Global minimum tax on the profits of multinational corporations. Tomorrow will be discussed in the OECD but Ireland It has already leaked that he has He obtained concessions to his requests. In particular, he will no longer submit the text tax “at least 15%” but “15%”, So it is completely in line with the tax already applied now Dublin (Except for special agreements that can reduce the tax burden on a sole proprietorship). New weakness after the bar has been gradually lowered in recent months. We started with a suggestion by 21% decreased toAnd at least 15% agreed during the G-20 summit in Venice last July. However, this agreement has not been signed before Ireland, Hungary and Estonia. Now we go down again.

15% global tax on multinationals, agreement confirmed at G20: Postponement to the summit at the end of October for more details

Essentially, if a country decides to tax corporate profits, say, at 7%, the multinational corporation’s country of residence (mostly the United States) can charge the remaining 8%. A system that would at least benefit from The most extreme tax havens, such as Bermuda or the Cayman Islands, where the tax is almost non-existent. French economist Thomas Piketty Talking about tax ridiculously low Pointing out how little has been done in practice in the face of loud advertising and how poor countries are being left out of any benefit.

Ireland claimed they “won” the battle inside Tweet embed A comprehensive framework, making it a global minimum tax of 15% instead of the “at least” 15%. ridiculous rate says Tweet embed. join icrict Group Debate 24 tomorrow at 9am ET to understand why!
???? ️https://t.co/biMEkCHB6N pic.twitter.com/n9Damzrq9I

European Commissioner for the Economy Paolo Gentiloni Yesterday he said the debate over minimum taxes for multinational corporations is “ongoing” and “I strongly support access to Global agreement at the G-20 in Washington Next week, “or to the leaders of the Group of Twenty at the end of the month in Rome.” Last July, the G-20 meeting in Venice backed the maximum agreement reached within the Organization for Economic Co-operation and Development to impose a minimum tax of 15% on multinational corporations. However, Ireland, Hungary and Estonia backed down from signing. “I think there is a development going on ‘for these three member states’ but it is up to them to talk about it,” Gentiloni added. 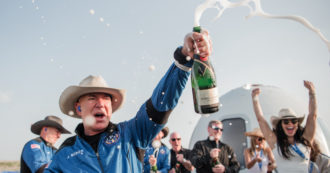