Belgium beat Canada 1-0 chronicle He leads Group F, which also includes Croatia and Morocco, and tied 0-0. The referee was Sikazwe from Zambia. It was played at A.Hamad Bin Ali Stadium, Al Rayyan. Match decided al 44′ Scored a goal by Batshuayi.

Go slow. With the slightest effort, at the end of a game full of dangers, and displaying only part of the talent of its players, Belgium beat Canada thanks to a goal scored by Michy Batshuayi, substitute for Romelu Lukaku and kept his balance until yesterday by coach Martinez. It was not an easy victory for the “Red Devils”, who took on Canada at full speed, but without that fine touch that only Alfonso Davies – Bayern Munich’s talent – seems to possess. The Canadians took the lead when, after only 10 minutes and after Batshuayi emerged from the opposition defense, they had a penalty kick at their disposal, awarded by the referee for an apparent hand foul by Ferreira-Carrasco. 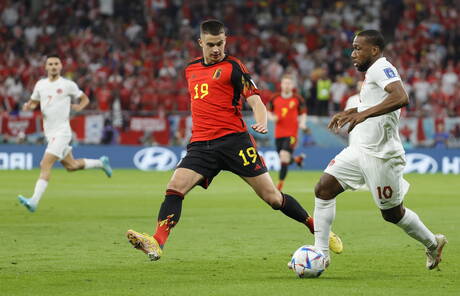 It was Davies who reached for the penalty, but was stunned by goalkeeper Courtois, and intercepted the low shot with a leap worthy of the Champions League final in which he was the protagonist between the posts of Real Madrid. The The narrow escape didn’t always shake the Belgians, who continued to play at a much slower pace than Canada, in opposition, but they lacked the intuition of genius.. Naturally, in a sport where talent still gives something away, the Belgians have to score: it was in the 43rd minute when Batshuayi received from the left and crossed from the opposite post to the post to shoot, beating the North American goalkeeper. Two towers. Ahead of the final, the never-tamed Canada managed to give themselves a great chance with Buchanan who, just a stone’s throw from Courtois, glided high. Perhaps it was understood here, for Herdmann’s team, that it was not evening. 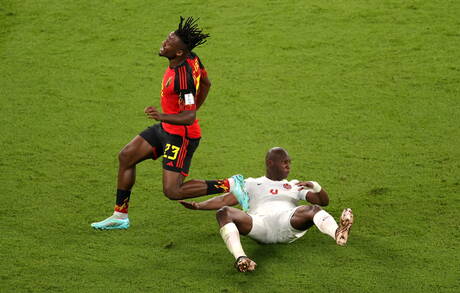 In the second half, the theme of the game remained the same, with Canada attacking every area of ​​the field with their heads down and Belgium trying, slyly, to keep possession, despite playing at a slower pace. Substitutions whirl, as Kevin De Bruyne’s voice gets louder, who becomes destructive as spaces expand. He lacks a bit of clarity, as happened with other top players in these first World Cup crumbs. The teams stretched too far, the intensity of the game turned up, Canada lost their edge, and Belgium tried without finding the winning counter-attack. In the 34th minute, Larin turns his head and Courtois engages in a plastic save. In the final the “Red Devils” have at least three chances to score as many goals as possible, but the 1-0 draw is still etched in the sands of the Qatar desert, and in the end it is the Canadians who bite their hands, with the same dynamism as you would like, but with limited technique .

See also  The criticism no one expected