The text of a message sent by the US Embassy in Moscow to US citizens calling for dual citizenship to leave Russia as soon as possible for their own safety. Among them are 29 basketball players who have signed contracts with Russian clubs of the VTB League, while about fifteen of them play in the Superleague.

“On September 21, the Russian government began mobilizing its citizens into the military in support of its invasion of Ukraine. Russia may refuse to recognize dual U.S. citizenship, deny access to diplomatic assistance. The U.S. prevents them from leaving Russia, and conscripting dual citizens into military service.

Commercial flight options are currently very limited and often not available at short notice. Car and bus routes will remain open. If you want to leave Russia, you should make independent arrangements as soon as possible. The U.S. Embassy has severe limitations on its ability to assist U.S. citizens, and conditions, including transit options, may suddenly become even more limited.

US citizens should not travel to Russia and those living or traveling to Russia should leave Russia immediately, while business travel options remain limited. The State Department provides information on business travel on the information page for US citizens in Russia – Travel Options Outside of Russia at travel.state.gov. The site also provides information on entry requirements for neighboring countries, procedures for traveling with expired U.S. passports in certain circumstances, and visa requirements for families with family members of U.S. and Russian citizens.

We remind US citizens that the right to peaceful assembly and freedom of expression are not guaranteed in Russia. Avoid all political or social protests and do not photograph security personnel during these events. Russian authorities arrested American citizens who participated in the demonstrations. 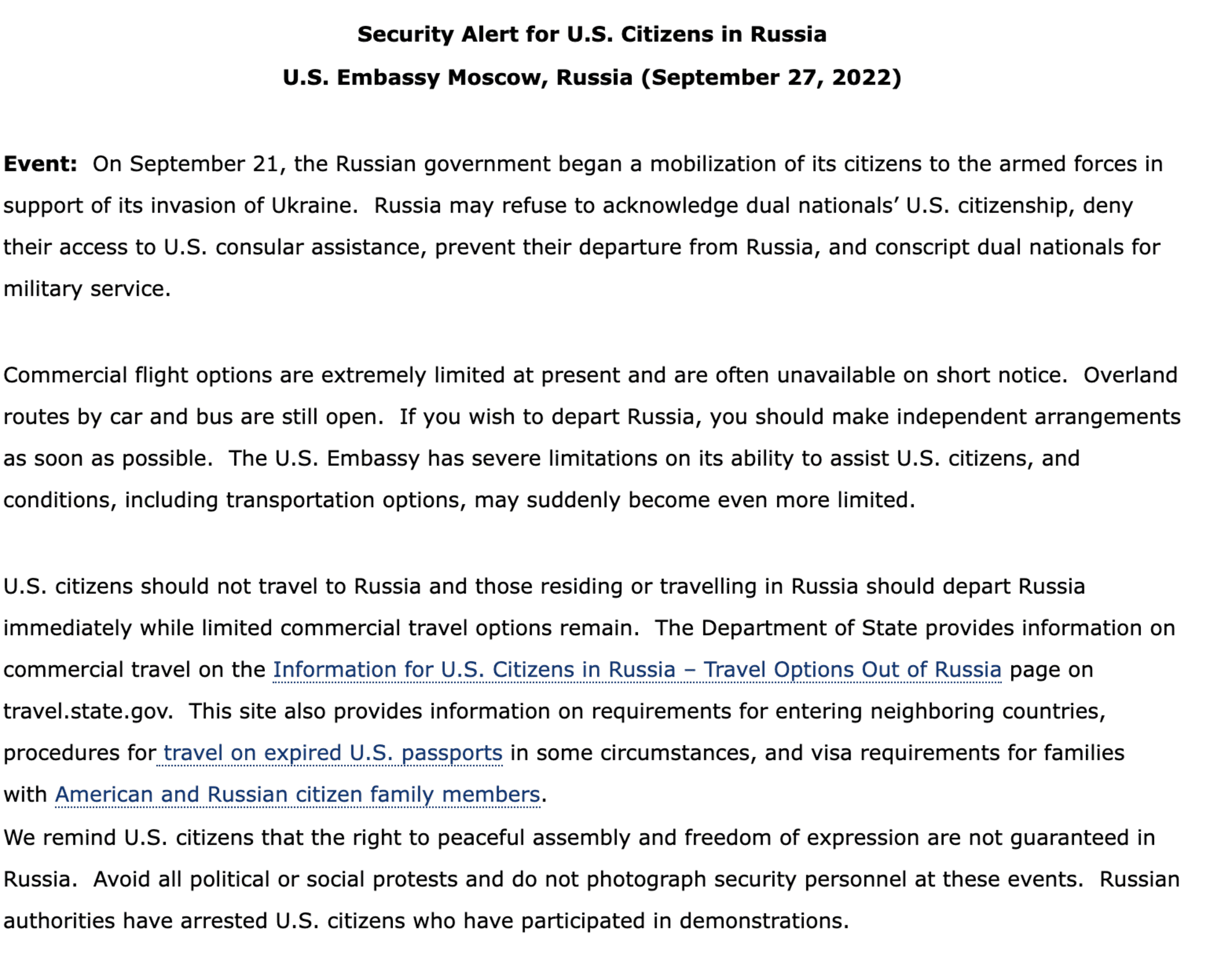