Among the types of attractions, outdoor activities, large national parks and amusement parks stand out. It is the United States, one of the most popular destinations for travel lovers, which is gradually reopening its doors to foreign tourism. While restrictions and controls remain in place to ensure people’s health and safety, this is the ideal time to plan an overseas trip. But what do you see in the United States? Musement offers a map to discover the most popular tourist attractions in each of the 50 states.

(TurismoItaliaNews) Musement, the digital platform for discovering and booking travel experiences around the world, has developed a map to discover the most popular tourist attractions in each of the 50 USA. About 5,000 tourist attractions were considered for the analysis. For each state, the attraction with the most comments on Google was the most popular. The result is an intriguing insight into every state in North America, and inspiration for planning a trip to states that offer attractions for all tastes and needs. 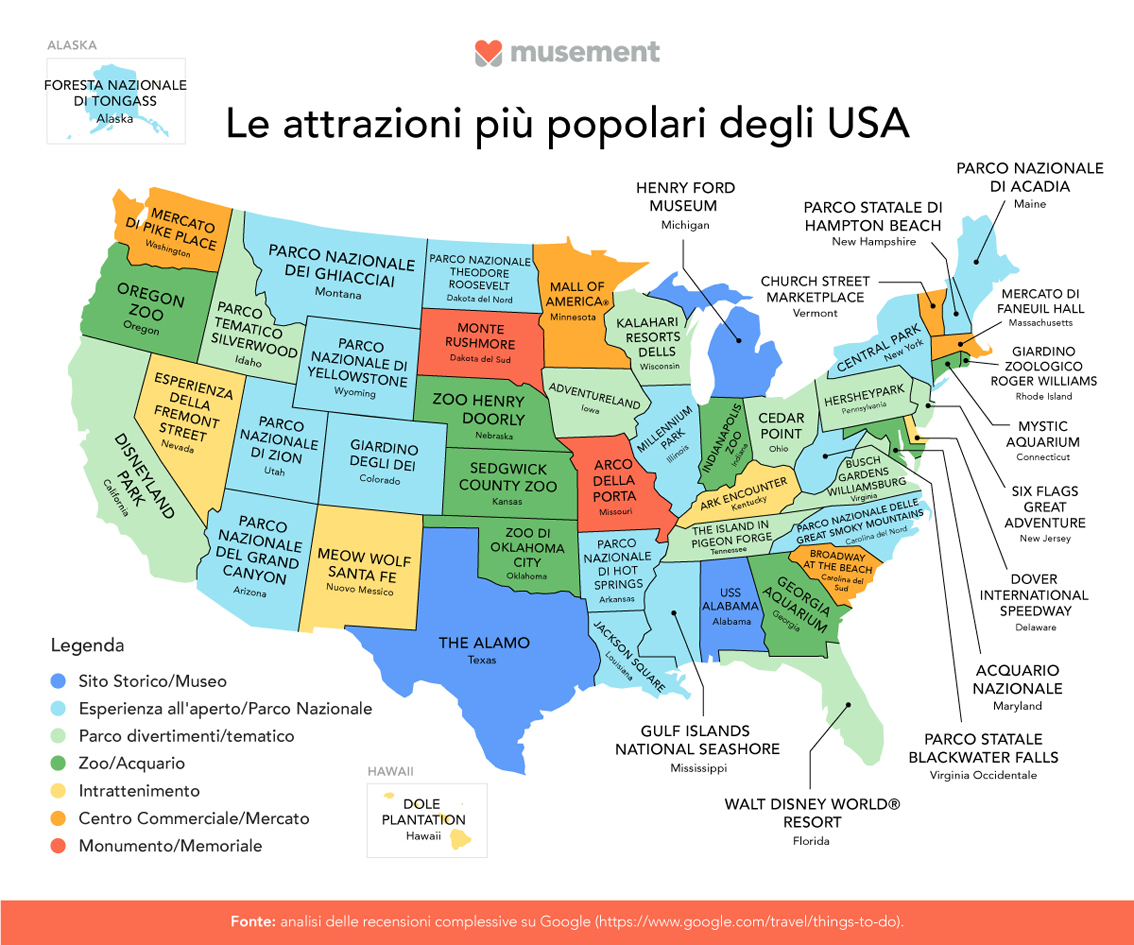 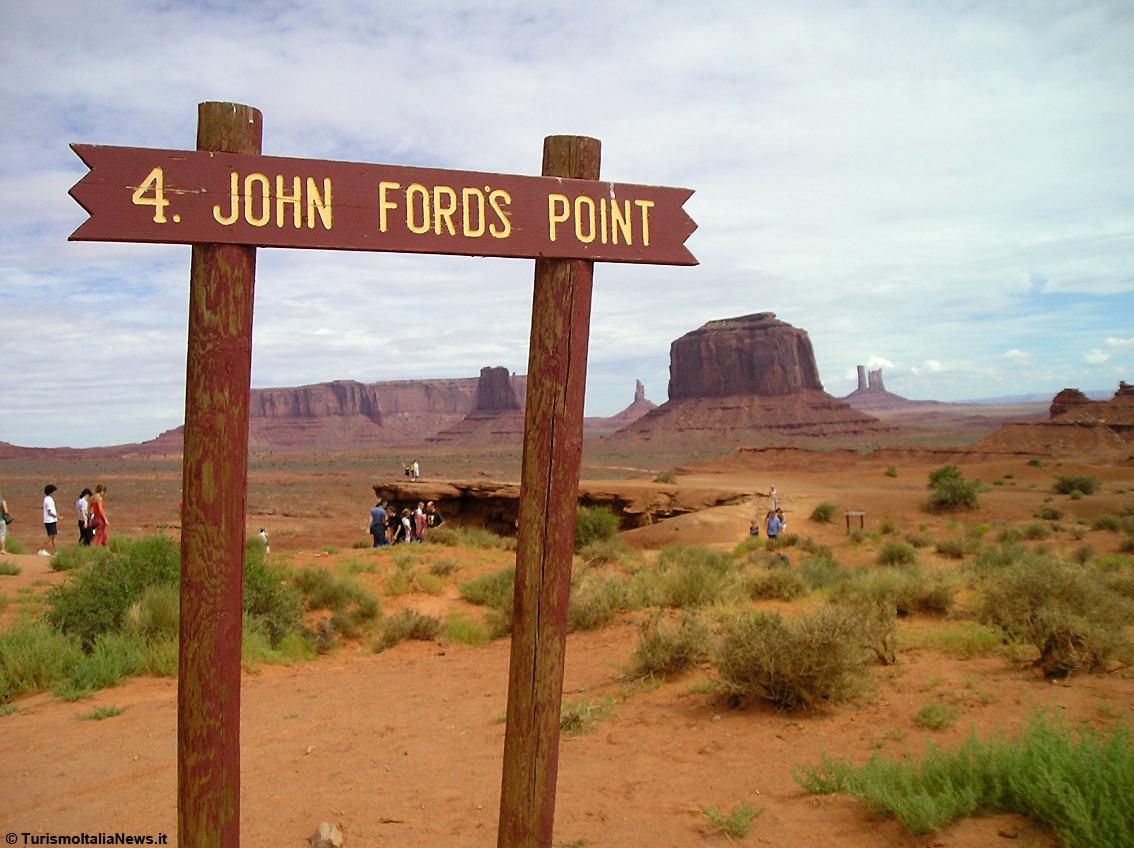 From north to south, and from coast to coast, the United States has an amazingly rich landscape. Moreover, each country has unique and distinct characteristics and a well-defined cultural background. That is why the tourist offer is so diverse. It’s no surprise that you’ll find US national parks and outdoor activities as heroes on the map. From large parks like Grand Canyon National Park (Arizona) to the urban oasis in Central Park (New York), to lesser known natural areas, especially overseas, like Blackwater Falls State Park (West Virginia) or Bay Island. National Seashore in Mississippi with its beautiful beaches.

Ten states have given their preference to theme parks and theme parks, and it is one of the most exciting in the country, with settings and attractions that are hard to match. Disney theme parks won in Florida (Walt Disney World) and California (Disneyland Park). But we also find Busch Gardens Williamsburg in Virginia, which is European in character and considered one of the most beautiful theme parks in the world, or Hersheypark in Pennsylvania, dedicated entirely to chocolate. 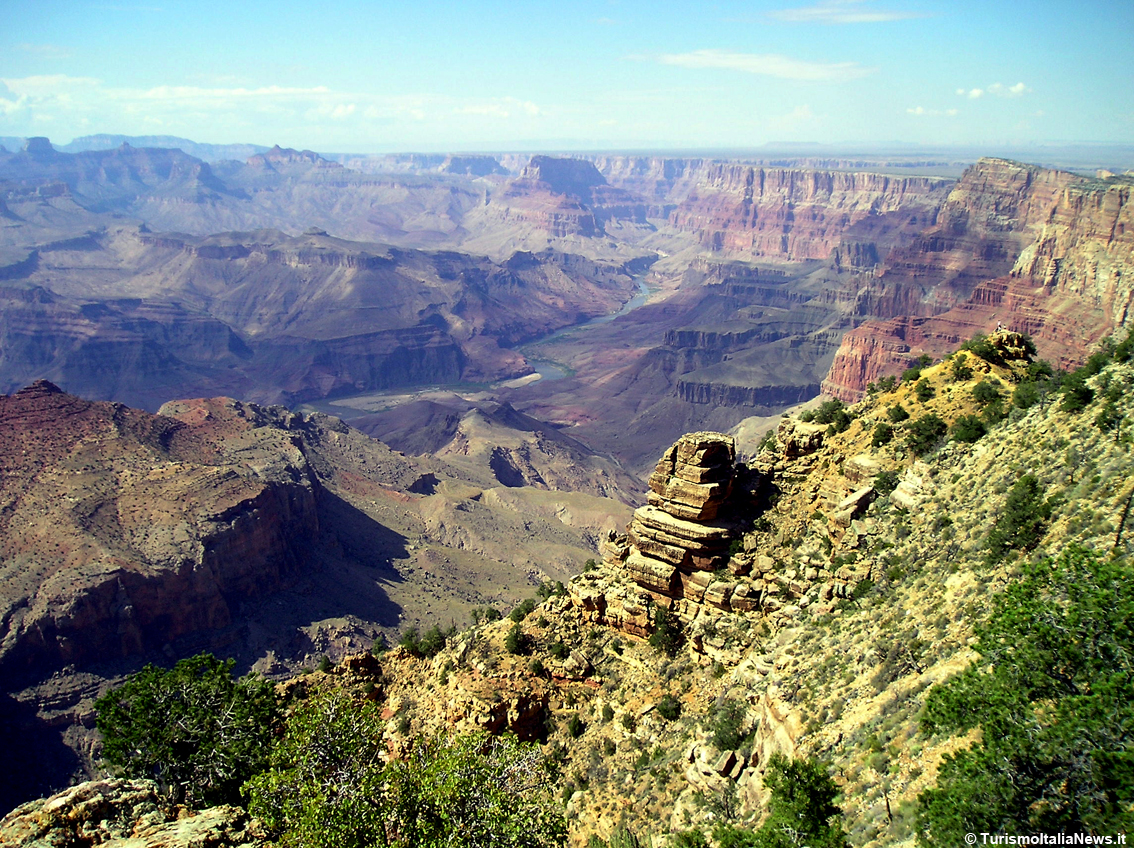 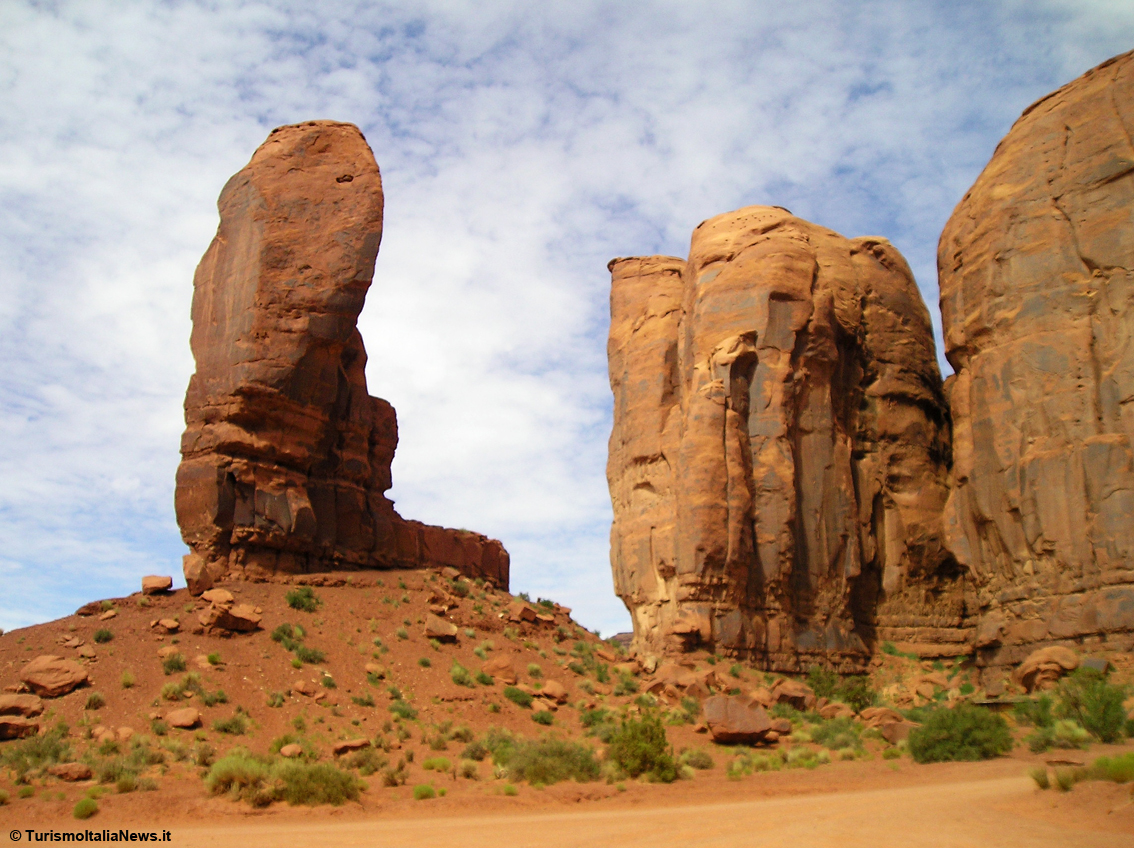 Zoos and aquariums are also popular attractions and it’s not hard to see why. At Henry Doorly Zoo (Nebraska), the recreated environments are among the largest in the world, the Georgia Acquarium is one of the largest in the world, and the Oregon Zoo is home to more than twenty rare and endangered species. Finally, some of the attractions catch the eye for their peculiarities; This is the case of Ark Encounter in Kentucky, a clone of Noah’s Ark, built according to Bible specifications. Or, Fremont Street Experience in Nevada, a typical American entertainment concept, consisting of flashing lights, shows, shows and casinos.