Emiliano Battisti talks about the successes and failures behind the great project. An unmissable article for universe travel enthusiasts and future historians, with little-known details and original NASA photos

Among the most famous phrases in the history of space travel: “Houston, here is the base of calm, the eagle has landed.” With these words, Neil Armstrong gave the world the news that man had finally reached the moon. It was July 20, 1969 and space has never been so much fun.

Fifty years after the great project, Paese Edizioni celebrates the event by presenting “Spatial Stories – Successes and Failures of Pioneers of the Universe”, Emiliano Battisti’s book that tells the epic but above all the harsh reality of the most important adventures undertaken by pushing man himself into what beyond the borders of the world.

To reach the moon and cross new, unexplored horizons, humanity hasn’t had to experience a few failures and witnessed the lives of many brave pioneers of the universe that were sacrificed. To bear witness, thanks to Hollywood blockbusters, is the fact that the most famous phrase in space travel, to date is probably: “Houston, we’ve got a problem.”

Emiliano Battisti tells, at a fast pace and hitherto unknown details, the space stories behind the landmark achievement, from Kennedy’s promise to conquer the Moon to preparations for the first human flight to Mars, passing through the construction of the International Space Station and the contribution of Italian astronauts.

The article is enriched with original images from NASA, which qualifies as the definitive text for lovers of travel in the universe and future historians, reconstructing the dialogues of astronauts facing the unknown and combining the features of the novel with a detailed description of events. .

See also  Have you ever heard the sound of cobwebs?

“The story of the conquest of space has always been told in a thousand different ways. One of the most intriguing is – as Paolo D’Angelo, journalist and historian of the conquest of space wrote in the foreword – to talk about those small, sometimes seemingly insignificant episodes which, nevertheless, are pieced together as pieces of the puzzle, giving a complete picture of the efforts to bypass the atmosphere To Earth, if not towards the Moon or other distant worlds.

In this latter way Emiliano Battisti formulated his book. Small stories full of events unknown to most people, which in addition to arousing curiosity give an idea of ​​what was done to go into space. ”

Emiliano Battisti Born in Rome in 1986, graduated in Political Science and International Relations at LUISS Guido Carli, and collaborated with the CEMISS Military Center for Strategic Studies. MA in Space Institutions and Politics and in Radio and Television Journalism, he writes for Il Caffè Geopolitico and Babilon where he often deals with space, anti-missile defense and military aircraft. The “AstroCaffè” office space is yours. Spatial stories is his first article. 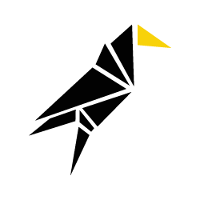 How to tighten your arms and legs with these effective exercises

Modified physical activity reward, what is it? Here are the details and to whom they belong