French Dominique René, Director of Fondalpol (Foundation for Political Innovation), who recently published a study entitled “Freedom: The Challenge of the Century”. And in a television interview, speaking about the report, he said, “We found funding from Gazprom in particular to some environmental NGOs that provided ministers to some European countries that then set out to some kind of return the favor by advocating an exit from nuclear power.”

Rainey’s accusation is promptly picked up by Contrepoint, one of the most important French libertarian magazines on the Internet, which emphasizes in an article how skepticism is legitimate. So much so that in 2014, then-NATO Minister Anders Fogh Rasmussen, quoting the Guardian, said that he “met allies who can report that Russia, in the context of complex information and disinformation, has actively engaged with so-called NGOs – environmental organizations that It works against shale gas – to maintain European dependence on imported Russian gas.”

The magazine notes that exploiting shale gas through fracking would have automatically reduced Europe’s purchases and dependence on Russian gas, particularly from its gas giant Gazprom. The same is true of “nuclear energy, which provides Westerners with an abundant source of energy that does not emit carbon dioxide and an alternative to Russian gas.”

Countrypoints notes that the same was happening in the United States that in 2016 then-Secretary of State Hillary Clinton stated, “We’ve run into fake environmental groups, and I’m an environmentalist, but these groups were funded by the Russians…”. And so in 2017, two US lawmakers sent a letter to the Secretary of the Treasury requesting an investigation into the financing of US environmental groups by the Russian government through the Bermuda Corporation. 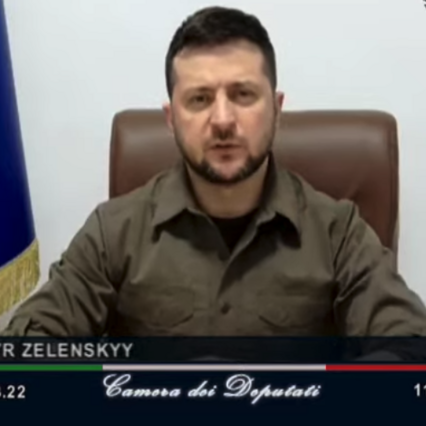 The magazine then named the NGOs that would have received the funds, explaining that in the United States the publicly accused parliamentarians had requested, among others, the Sierra Club and the Conservation League Voters Education Fund. While in Germany, Counterpoints wrote, “It is established that the major environmental organizations WWF, BUND and NABU have set up an ‘environmental’ foundation with Nord-Stream, a subsidiary of Gazprom.”

Regarding Belgium, “The current Federal Energy Minister, Christine van der Straiten, of the green party GROEN, was a co-owner of a law firm – with 50% – before she took office. The clients were none other than Gazprom, the Russian gas giant. After she became a minister Christine van der Straiten worked by herself to completely dismantle the Belgian civil nuclear park.”

The French newspaper concluded its talk by clarifying that “the presumption of innocence is valid for all.” But after the energy shock experienced by Europe and after Russia’s aggression against Ukraine “whose army is literally financed with European money by purchasing Russian gas, which represents 40% of the gas consumed in Europe”, it is necessary to “highlight in the media and eliminate” this topic .

“I don’t have any Mitsotakis on the agenda anymore.”