Saint Petersburg, the former Russian imperial capital, hosted the wedding of a scion of the Russian royal family. Grand Duke George Mikhailovich Romanov married the Italian Rebecca Virginia Petarini (Victoria Romanova after her conversion to the Orthodox religion) in a lavish religious ceremony.

Hundreds of guests at the party

The ceremony, which was celebrated according to the Orthodox rite, was attended by several hundred guests, including members of royal families such as Queen Sofia of Spain, Prince Rudolf and Princess Telsim of Liechtenstein, Fouad II of Egypt, Lika II of Albania and Edward Pius. Braganza. The Grand Duke met his girlfriend, the daughter of a diplomat, in Brussels, where they both worked in European institutions. Victoria Romanova, 39, wore a wedding dress in which the coat of arms of the Russian Empire shone, embroidered with gold.

Who is George Romanov?

The Grand Duke was born in Madrid 40 years ago and graduated from Oxford, is the judson of Spanish King Juan Carlos, the son of Grand Duchess Maria Romanova and grandson of Grand Duke Kirill. The latter was a cousin of Nicholas II, the last tsar of the Romanov dynasty, a family that ruled Russia for more than 300 years, from 1613 to 1917.

President Vladimir Putin’s spokesman, Dmitry Peskov, told reporters that the Russian president “did not attend the wedding and has no intention of congratulating the spouses, and this wedding has nothing to do with our business agenda.” 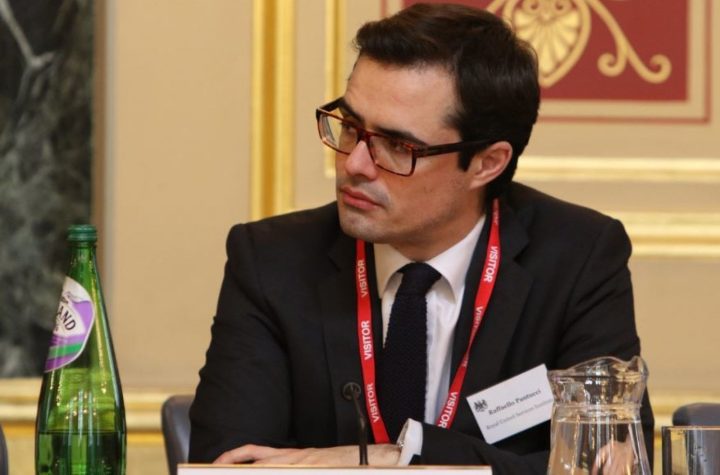