The New York Times, in 2001, devoted an article to aspects of society in Connecticut, a state on the east coast of the United States, where the influence of Italian Americans has been very strong, according to the prestigious newspaper. Political, economic, religious, sports, professional, etc. For the 2000 census, Connecticut was actually the second largest (18.6%) for the number of Italians Americans compared to the total population, right behind small Rhode Island (19.0%). Several counties in the state were among those with the highest proportions of the indigenous Italian population; Among these is Litchfield County, which ranked 14th nationally for population of Italian descent, 39,477, or 21.7% of the total. But “of Italian origin” is generic: in fact, one can and should write rather “of Romanian origin”, more precisely, Mildoles.

Introducing Litchfield: It is a small town, founded in 1719 as a colonial site, and later the county seat, Vitality as an industrial and agricultural center. It was and still partly consists of the Capital, the Little Bantam Lodge, the suburban villages of East Litchfield, Milton and Northfield, and the most isolated area of ​​Pine Island, in the White Woods. Between the last decades of the nineteenth century and the early twentieth century, it attracted many new European immigrants, among whom the Italians prevailed or rather, as we said earlier, the Romanoli from Mildola and the surrounding areas (Theodorano and Piedent Valley towns such as Civitella, Cusercoli, Galeata, and S. Sofia). It is thanks to them that the city experienced a rise in population, which had previously suffered a decline.

What was the cause of this special phenomenon that led to the transformation of Litchfield into a kind of “Roman outpost” on American soil? The main reason was the economic and employment crisis that hit the Romanian region around 1880, especially some of its regions (the high cost of living, the spinning mills crisis, the sulfur mines in the Cesena region, etc.); Nor was there a shortage of political motives (accusations of subversion and participation in uprisings against the high cost of living), which would force them to move away from their places of origin. Instead, a specific reason is attributed to the fact that some of the first Meldolese who arrived here (for example Francesco / Frank Fabbri) served as a point of reference and reference for their former citizens who wanted to search for a future in North America, giving life to a series of new departures Family reunification, news exchange, material aid for travel and more.

Thus, in the thirty-year period from 1896 to 1926, about 800 people left Mildola for the United States. Of the 535 people whose migration to Litchfield can be documented, there were 356 men, 100 women, and 79 children. (Less than 15 years old); The majority were young people (227 between 21 and 30 years old, of whom 115 were men and 20 women had not yet married), 78 teenagers and only 50 over forty. Departures and Arrivals were concentrated in the years between 1906 and 1915, when about 400 people from Mildola arrived in Connecticut. In 1914, at the outbreak of the Great War, there was a small “return influx”, but many Italian Americans joined the US Army. The 1920 Census authorized “born in America” ​​precedence over those who had arrived there before the war. After all, the emigration movement from Mildola resumed in the aftermath of the conflict, reaching its peak in 1920; Then it decreases and almost disappears after 1926, due to the restrictive US policies based on national quotas that punished Italy and the initiation of strong immigration regulation by the fascist regime in our country.

It is possible to identify a “mediator” in the chain of migration between Mildola and Litchfield in the aforementioned “Francesco / Frank Fabry” (1879-1966). He arrived in New York on September 8, 1896 at the age of 17, followed in February 1897 by his father Alberto and his mother Teresa Mazi, accompanied by his two other children, Nicolas / Nick and Giuseppe / Joseph. On June 16, 1898, Angelina Ravioli arrived, whom Frank married the following year and subsequently bore four children. Blacksmiths often secured what was needed for those arriving in Connecticut from Mildola: contributing to travel expenses, temporary accommodation, and job search. In Litchfield they also purchased a building, little more than a set of cottages, which became the first gathering place for villagers. In the early years of the twentieth century they established a construction company, “Frank Fabry and Sons, General Contractors” which grew successfully, securing work primarily for our citizens and citizens: the company made a significant contribution to the development of urban infrastructure in Litchfield, with the establishment of the sewage system and sports facilities. . Solidarity between fellow villagers ensured the preservation and development of a network of ties and relationships that passed through to the second generation also through marriages between fellow villagers.

See also  Awarded all the nine assists she got. Italy still has dry mouth - OA Sport

This custom has been greatly relaxed, in fact, among members of the second and subsequent generations, when Italians no longer choose to marry only among themselves. There was also a general option to give the children non-Italian names, in order to facilitate their integration into society: in school in the first place, where children could find themselves having difficulty knowing a little bit of English, and really little even. Since they spoke what they learned at home as a mother tongue, this is the dialect of Romania. Food and music have been, along with others, languages ​​that have preserved a sense of shared history and culture – for example, the song is very popular abroad. My sweet Romania, The English version of Romania is my country.

On September 4, 1981, an article written by Margaret Hasig after her trip to Mildola, Italy, appeared in an issue of the Litchfield County Reporter. We read: “Visiting Meldola is like feeling home away from home. A visit to the town hall or cemetery is a real revelation. The names are exactly the same: Baldi, Bertaccini, Bertoni, Camprini, Camporesi, Capanni, Casadei, Cicognani, Damiani, Fabbri and Guinchi [Giunchi]Valerius, Versari […]. Mildola is a special place, as is its inhabitants. So it should come as no surprise that every year there are many visitors who come here from the privileged Litchfield. “

Panel from the documentary and digital exhibition created within the Public History Project developed between Meldola and Litchfield, coordinated by the municipality of Meldola and with input from the Emilia-Romagna Council of the World

Today, from the Meldola community and from the Litchfield community, interest in this emigration story and the relationships that bind many families to their roots in Romania or their destiny abroad has increased dramatically, and it is translated into publications, exhibitions and initiatives.

See also  Pasquino comes out in the quarters in the fencing, Italy launched in swimming. From 10.00 pm Finals - OA Sport

We conclude with some news and curiosity about Litchfield today: Its population is about 8,600 and among the reasons for its pride is that it gave birth to writer Harriet Beecher Stowe, author of the famous book. Uncle Tom’s Cabin, And to be the venue for the hit TV series also in Italy, “Orange is the new black».

(For this issue of our column, we used extensively the beautiful modern book edited by Maurizio Ridolfi, A community in the “Great Migration”. Mildola Litchfield, Romania, Connecticut, Italy, USAPonte Vecchio Cesena 2019; Folder full of pictures and news that we highly recommend). 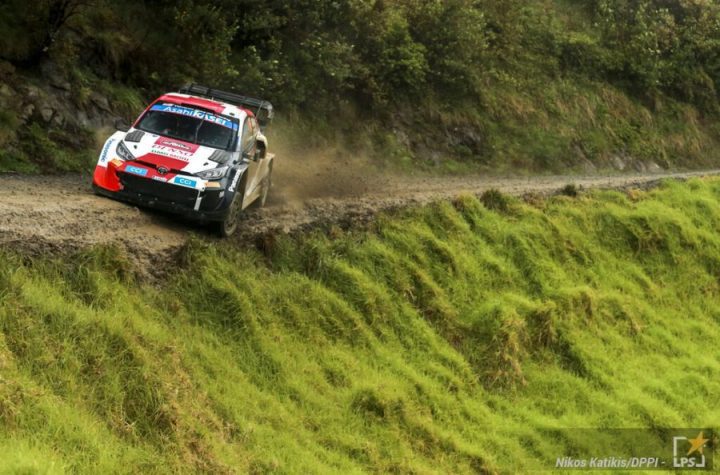