Netanyahu: “I will be the prime minister of all” “After several elections, the people clearly and firmly decided to form a government under my leadership,” he said Responsible Prime Minister Netanyahu Upon acceptance of the authorization from the President. He added, “I will do everything for a stable government that works for the benefit of all the residents of Israel. It’s not a cliché, but it reflects what I think.”

“As I’ve Been Excited For 26 Years” Referring then to voter divisions and the concerns of the center-left, he stressed that “the civil rights of all citizens are inviolable.” After saying he was as “excited” as he was 26 years ago, when he first took on the assignment, he made it clear that he would deal “with the challenges that lie ahead.”

‘I want extended agreements’ – He noted the common themes of “expanded understandings: Israel as the nation-state of the Jewish people, protecting the civil rights of every citizen, fighting terrorism, working against Iran and its nuclear power directed against us, searching for another.” Peace agreements to end the Arab-Israeli conflict as a condition for ending the conflict with the Palestinians.” Then he insisted: “Peace for peace.” 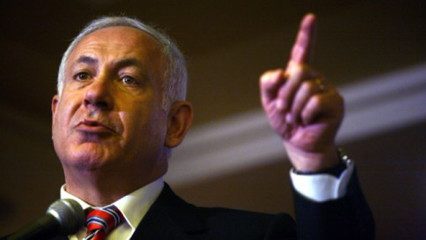 “ungrateful and arrogant.” The fatal error of the M5S – Il Tempo

High voltage over the Sea of ​​Japan: Tokyo and Seoul planes take off after joint exercises between China and Russia