The German manufacturer could join Sauber, as it will replace the Alfa Romeo brand and Ferrari engines

German car maker Audi will appear for the first time Formula 1 in 2026 as an engine manufacturer. This was announced by its CEO, Marcus DusmanAt Spa-Francorchamps on the sidelines of the Belgian Grand Prix. Audi will develop its hybrid engine in Neubourg-sur-le-Danube, Bavaria, in partnership with the F1 team. This partnership, which will be announced by the end of the year, could end with Sauberwhich currently operates under the name Alfa Romeo It is equipped with motors Ferrari.


The announcement was attended by the President of the International Automobile Federation, Mohammed bin Salimhead of Formula 1, Stefano DomenicaliAudi President Markus Dussmann and Technical Director Oliver Hoffmann. Audi will enter as an engine supplier when Formula 1 introduces the new engines in 2026. The regulations were confirmed by the FIA ​​earlier this month. It is the first time in more than ten years that a Formula 1 engine has been built in Germany. “Motorsport is an integral part of the DNA of Audi – said Duesmann -. Formula 1 is a global stage for our brand and a highly stimulating development laboratory. The combination of high performance and competition is always an engine for innovation and technology transfer in our sector. With the new rules, it is the right time Ours to participate. After all, both Formula 1 and Audi have clear sustainability goals.”
see also 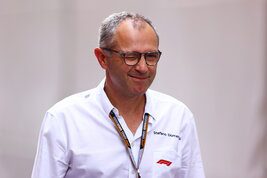 Formula 1
Domenicali: “We aim to double the sprint races from next season”


See also  Two technicians from Nisini at Euro Trigames. Peppe Cobisi and Angelo D'Auria at the International Games for Athletes with Down Syndrome

“In light of the great technological leaps the series is making towards sustainability in 2026, we can talk about a new Formula 1. Formula 1 is changing, and Audi has decided to introduce a new emissions management system – added Hoffmann. – Closing the link between the Formula 1 project and the technical development department in Audi is finding synergy.”